Over time brands have become verbs such as “hoover”; “Velcro” and “superglue”. Google has become the verb for people wishing to search for something online; the phrase “just Google it” is thrown about in almost any context. The search engine giant really has taken the search world by storm but what other aspects of our lives are impacted by Google?

For most of us, Google Maps has become a firm favourite on our mobile device. The days of carrying around a map book or even a GPS device are long gone and now a mobile device, along with Google maps, acts as a sophisticated navigation tool. A cool new feature to Google maps is the Popular Times tool which scans through location data to find when certain locations such as the local gym or coffee shop are at their busiest. The idea behind this is that hopefully people can avoid having to queue and make better plans when arranging their tasks or chores. 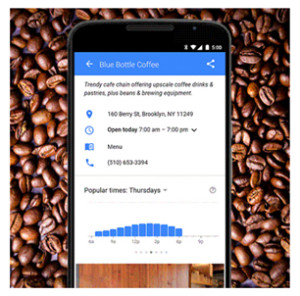 Google Earth is also a firm favourite amongst Google users. This product recently turned 10 years old and to celebrate the team expanded the Earth View collection to 1,500 landscapes and some wallpaper downloads. For all those travellers out there, Street View and 3D cities can highlight a city or town that you plan to visit with unbelievable detail.

Whilst on the subject of travelling; The Google translate app is seriously cool. Through a mobile phone app, you can take a picture of a street sign or notice and you will get an instant translation. In the last week an additional 20 languages have been added to the map, bringing the total to 27 instant visual translations.

As for Google+; don’t be disregarding this just yet with some serious changes afoot with trying to make a more focused and useful tool. Google+ Collections is a new feature that has been launched and offers both businesses and personal profiles an opportunity to share posts organized by a topic. For example; businesses who offer more than one service can streamline the user experience by housing each service within its own “collection”. Most of the features from Google+ photos will move to the Google Photos App. The popular “hangouts” functionality is set to stay but with some improvements heading its way such as location sharing. 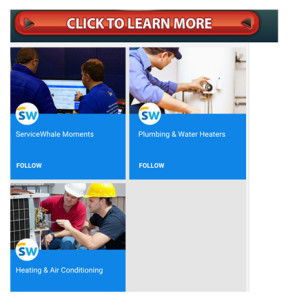 Some might call it creepy and some people might call it cool, but whatever your thoughts are about Google and the amount of influence they have in our everyday lives, they are here to stay. In the not so distant future we could be sitting in our Google driverless car, navigated by Google satellites and using Google search to find the next hot spot to visit. The world of technology is changing rapidly and Google just seems to be at the forefront of it all!

Giselle Chelin is co-owner of the internet marketing company MJ Media. She is fascinated by the on-going developments and improvements of internet marketing and aims to help businesses utilise this powerful marketing tool to its full potential. Connect with Giselle on Google+

We help companies grow their business online using SEO, PPC and social media. We’re based in Durban, KwaZulu-Natal and have over 20 years’ digital experience. Find out more…

Over the past 5 years, MJ Media have fine-tuned our online marketing platforms, improved our Google presence and increased our website visits and enquiries. The end result, leading to greater brand awareness and a growing business. It’s been an exciting journey!

Bridgette and Giselle have managed our Adwords account for over 12 months and have always provided excellent and efficient service with a flexible and proactive approach. We are very pleased at the results obtained so far and look forward to continuing our successful relationship with MJ Media. We would recommend MJ Media to any organisation seeking to outsource some or all its internet marketing requirements to a trustworthy and transparent supplier.

MJ Media have been amazing since day one, they listen, they are patient and they give advice which is always the best, they are helping me grow my business. I have seen increased quote requests from our web site. MJ Media’s work on internet marketing has made a significant difference to my business. I appreciate the hard work that they put on our marketing and look forward to continuously working with them.

Vet Products Online has been operating effectively for 12 years, but this year I thought it was time to progress to the next step of online marketing and social networking. MJ Media was recommended to me to assist and manage Facebook and Google marketing. Bridgette and Giselle are two stars in their field, both professional and enthusiastic. Their support is reliable and their turn around time to requests, queries or project needs is speedy. We have certainly benefited positively from MJ Media input and I highly recommend them to other companies who have internet marketing requirements.

Bridgette and Giselle have been our online partners for about 4 years now. Flexible Workspace sells office space and related services in the B2B market and as the founder not only am I convinced that Online is the most effective channel for our offering but that MJ are the right service provider for us. Being a relatively small (but growing) business, we need to be nimble and they in turn need to be ready and geared to move with us – MJ gets this. Having access to the decision maker/driver of the business is also important to me – they have a personal touch that larger agencies are unable to replicate. Finally, and most importantly they produce results – from the time MJ took over our account they have increased our lead flow 5-fold. As a business owner this is all I’m interested in – lead generation and conversion – this is the real measure of Return on Investment and they have delivered in spades.