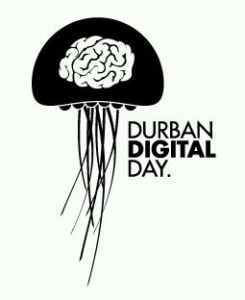 The second annual Durban Digital Day, held at the Durban ICC on the 4 November 2014 proved to be an all-round success. The one day “everything digital”- focused conference boasted a wide range of speakers from all over the world. The MJ Media Team definitely enjoyed the overall experience and walked away with little pieces of valuable digital knowledge from each speaker.

As diverse as the topics covered by the speakers at the Durban Digital Day were…there did seem to be one overall theme, “human behaviour” – no matter which part of the Digital world we work in, we learnt that we need to become more aware of human behaviour in order to understand what it is that the customer or user wants! Justin McCarthy from TBWA (follow him on twitter: @JustinTBWA) did ho 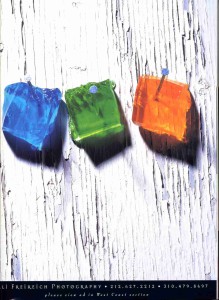 wever point out that this would not be an easy feat, he claims that “predicting human behaviour is like nailing jelly to a wall”. Whilst Steve Gardner from DigitLab (@stevegardnersa) showed us how the bigger brands are using human behaviour to create better user experience and therefore more brand awareness and loyalty.He spoke of Starbucks’ “moment mapping” and how tracking the user ten minutes prior to them wanting a coffee and ten minutes after they had had one, helped Starbucks understand customers better.

We also learnt that the younger generation is not afraid to use new channels and to express themselves publically, Ross Garland (feature film producer of the internationally acclaimed film Spud) spoke of why we should learn to “think like a 19 year old (sometimes)”. Both Neil Vose (MD of Quirke Digital Agency) and Garland agreed that collaborating and working together as opposed to ring fencing our ideas would help us all to become more successful. Previously UK based Vose (@neilvose ) also spoke very highly of South Africa and mentioned that the people in Africa are innovators despite the multiple misconceptions of the western community.

Craig Rodney (@Craigrodney) MD of Cerebra had a strong voice and message to relay about customers, users and advertisers and the relationship that exists between them. Rodney pointed out that Brands operate in an abusive manner through interruption based models and that we only think something is “cool” due to a learned behaviour – i.e. marketers are telling us something is cool and we believe them! Rodney has made a stance against this thought process by selling his car, he uses Uber to get from A to B and claims that it is much more affordable than owning a car. He went on to show us how someone who bought into this “cool concept” was left feeling very unhappy (images of an angry Lamborghini customer: http://www.odditycentral.com/news/lamborghini-gallardo-owner-smashes-his-own-car-in-protest-of-poor-service.html ).

Eric Edelstein, Tech Founder and internationally successful entrepreneur (@EricEdelstein) spoke about a different kind of relationship. During his talk on Entrepreneurship, he touched on how start-ups don’t know where to find the money to start their business or launch their ideas and investors don’t know where to find the people with the good ideas!

The blogging panel, later went on to argue the many aspects of blogging…content versus relevancy as well as making a name for yourself as a blogger/publisher and brand were discussed at length. Professionalism in the blogging world and being able to show your personality through the screen were also touched on by the group.

Overall, we had an interesting, inspirational and entertaining day and look forward to attending the Digi-dedicated day again in 2015!

Lauren Jansen is an Assistant Internet Marketer at MJ Media. Her competitive nature drives her to help companies reach their full potential in both creative and non-creative outlets. Connect with Lauren on Twitter

We help companies grow their business online using SEO, PPC and social media. We’re based in Durban, KwaZulu-Natal and have over 20 years’ digital experience. Find out more…

Over the past 5 years, MJ Media have fine-tuned our online marketing platforms, improved our Google presence and increased our website visits and enquiries. The end result, leading to greater brand awareness and a growing business. It’s been an exciting journey!

Bridgette and Giselle have managed our Adwords account for over 12 months and have always provided excellent and efficient service with a flexible and proactive approach. We are very pleased at the results obtained so far and look forward to continuing our successful relationship with MJ Media. We would recommend MJ Media to any organisation seeking to outsource some or all its internet marketing requirements to a trustworthy and transparent supplier.

MJ Media have been amazing since day one, they listen, they are patient and they give advice which is always the best, they are helping me grow my business. I have seen increased quote requests from our web site. MJ Media’s work on internet marketing has made a significant difference to my business. I appreciate the hard work that they put on our marketing and look forward to continuously working with them.

Vet Products Online has been operating effectively for 12 years, but this year I thought it was time to progress to the next step of online marketing and social networking. MJ Media was recommended to me to assist and manage Facebook and Google marketing. Bridgette and Giselle are two stars in their field, both professional and enthusiastic. Their support is reliable and their turn around time to requests, queries or project needs is speedy. We have certainly benefited positively from MJ Media input and I highly recommend them to other companies who have internet marketing requirements.

Bridgette and Giselle have been our online partners for about 4 years now. Flexible Workspace sells office space and related services in the B2B market and as the founder not only am I convinced that Online is the most effective channel for our offering but that MJ are the right service provider for us. Being a relatively small (but growing) business, we need to be nimble and they in turn need to be ready and geared to move with us – MJ gets this. Having access to the decision maker/driver of the business is also important to me – they have a personal touch that larger agencies are unable to replicate. Finally, and most importantly they produce results – from the time MJ took over our account they have increased our lead flow 5-fold. As a business owner this is all I’m interested in – lead generation and conversion – this is the real measure of Return on Investment and they have delivered in spades.